EThekwini Mayor Zandile Gumede said the roadshow to London to attract investors to the City was a success with 65 business to business meetings held with investors, financiers and those interested in the region’s offerings.

Mayor Gumede said while 25 meetings were initially planned, this was increased to 65 to meet the demand.

“I would like to thank the Invest Durban team together with our provincial government and businesses for organising this important mission to London. It was a success as we had fruitful engagements which we believe will have positive results for the people of KwaZulu-Natal and eThekwini,” said Mayor Gumede.

She said those with capital to invest attended the meetings to hear more about Durban and KwaZulu-Natal. They were also informed of the various catalytic projects underway in the City and local businesses as well as the region’s competitive advantages.

“Sporting business investments were also on offer via Amazulu Football Club, a Premier Soccer League Club based in Durban,” she added.

Moving forward, Mayor Gumede said Invest Durban will be assisting businesses that met with the delegation abroad, as well as other businesses both local and international who did not, with any follow-up information required in the coming weeks.

“This increased bilateral trade and investment will be beneficial to all communities in both the UK and Durban,” she concluded. 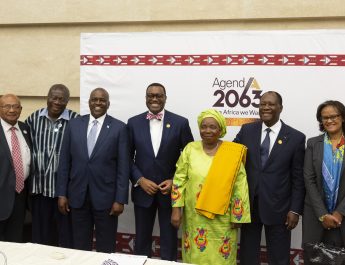 Durban Film Office and the Durban Film Mart have successfully attracted big industry players who have contributed to the development of the film and TV industry in the city. Having both #Uzalo and #ImbewuTheSeed production studios being based in Durban has brought stability and sustainable employment of crew and support industries to the city creating a multiplier effect for local business.

DUrbanTV zooms in on the business of film and the benefits it brings to Durban in this, the first of two programmes on the 10th Durban Film Mart.