Former Springbok and Sharks rugby star Stefan Terblanche has added his name to the entry for the FNB Dusi Canoe Marathon from 14 to 16 February after agreeing to paddle in a K2 with former rugby teammate Justin Swart.
Swart is a veteran of the race, with 12 finishes to his credit, struck the deal with his friend Terblanche after being approached to help him with paddling training.
“I did an adventure race in New Zealand that involved hiking, mountain biking, pack-rafting and some kayaking, so I asked Justin, as a Dusi pro, for help,” said Terblanche. “The deal was based on an agreement that I would then do a Dusi with him. As a Durbanite I get to the finish of the Dusi every year and watch the guys and girls finishing the race and it has been on my bucket list for a while,” said Terblanche, who played 37 tests for the Springboks and over 100 matches for the Sharks.
He has a close connection to canoeing as his niece is Caitlin McKenzie, one of the most promising juniors coming up through the ranks.
“The Dusi is such a big event and I think everyone wants to be part of it,” Terblanche explained, after completing the proficiency tests required for a novice to enter a major race. I know the Dusi is going to be hard. I can see that on the face of every finisher at Blue Lagoon. But I love challenging myself,” he explained. “I could challenge myself with a 10km run, but the Dusi challenge is taking me out of my comfort zone and forcing me to push myself again.

“This race demands respect. In addition to the physical demands of paddling and running with the boat, there are dangerous elements which need to be taken seriously. I will make sure that I go into the Dusi well prepared. I will be nervous, but I am really looking forward to it,” he added.

Entry details and more information can be found at www.dusi.co.za

All Aboard! The Holiday Express 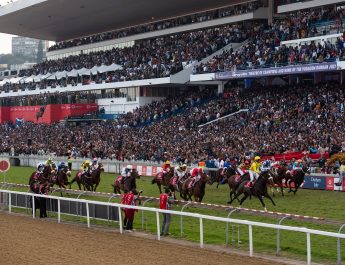 Vodacom Durban July to be raced behind closed doors