The NEWF2019 Congress (the annual Nature, Environment & Wildlife Filmmakers Congress) will take place at the Suncoast Barnyard Theatre between 14 – 17 July as part of the winter film focus in Durban.

NEWF is the only platform in Africa aimed at bringing together nature, environment and wildlife filmmakers, scientists, conservationists and broadcast media to engage, contribute and connect whilst creating a path to conservation through film by amplifying the challenges faced by the natural world and driving solutions through impactful creative science communication.  The theme for NEWF2019 is Partnerships.

Through an integrated slate of programmes NEWF is inspiring and incubating emerging science, nature, wildlife and conservation storytellers in digital media in Africa.  Dedicated to discovering the next generation of filmmakers, the N.E.W PitchCompetition will once again be held at NEWF2019 where four young filmmakers will each win R 50 000 to produce a short film.

This year NEWF will launch a new project, The Narrator LIVE competition, brought to you by National Geographic Society, aimed at adding diverse voices to the narration of nature and wildlife documentaries.

Highlights at NEWF2019 include an opening night screening of Our Oceans – A Journey of Discovery, which profiles marine expeditions aboard the conservation research vessel, Angra Pequena.  Raising awareness and knowledge about South Africa’s spectacular marine ecosystems, charismatic animals and the learning journey of the scientists and ocean-stewards on board the vessel, as well as offering insights from communities along South Africa’s coastline.  This film produced by WILDOCEANS and Off The Fence was born and conceptualised at NEWF2017.  Other screenings include Our Gorongosa, a film that celebrates the Gorongosa National Park in Mozambique and their partnerships with the surrounding community.  The Awards night will also feature the four films by the 2018 N.E.W Pitch winners.

Exciting sessions include Game of Festivals – exploring and unpacking the festival circuit and Using your mobile phone to shoot everyday conservation stories – how to use the concepts of cinematography if you don’t have access to a camera.  There will also be Case Studies on the SAFTA 13 Winner, Incredible Bats, the multi-award winning filmSTROOP – Journey into the Rhino Horn War and Wildlife Warriors a television series in Kenya which celebrates local conservation heroes.  WildEarth and Safari LIVE produce a session on creating online content and understanding alternative revenue streams for wildlife content creators.

Included at NEWF2019 will be a spotlight on Virtual Reality, included in the programme as well a daily VR experience, with a VR cinema brought to you by Habitat XR and the NFVF.

Accreditation for NEWF2019 only costs a total of R 700 for the four day congress, inclusive of congress sessions, networking breakfasts, daily lunches and evening events, film screenings, awards and cocktails. 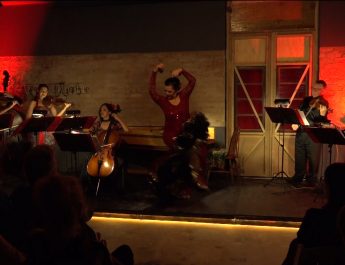