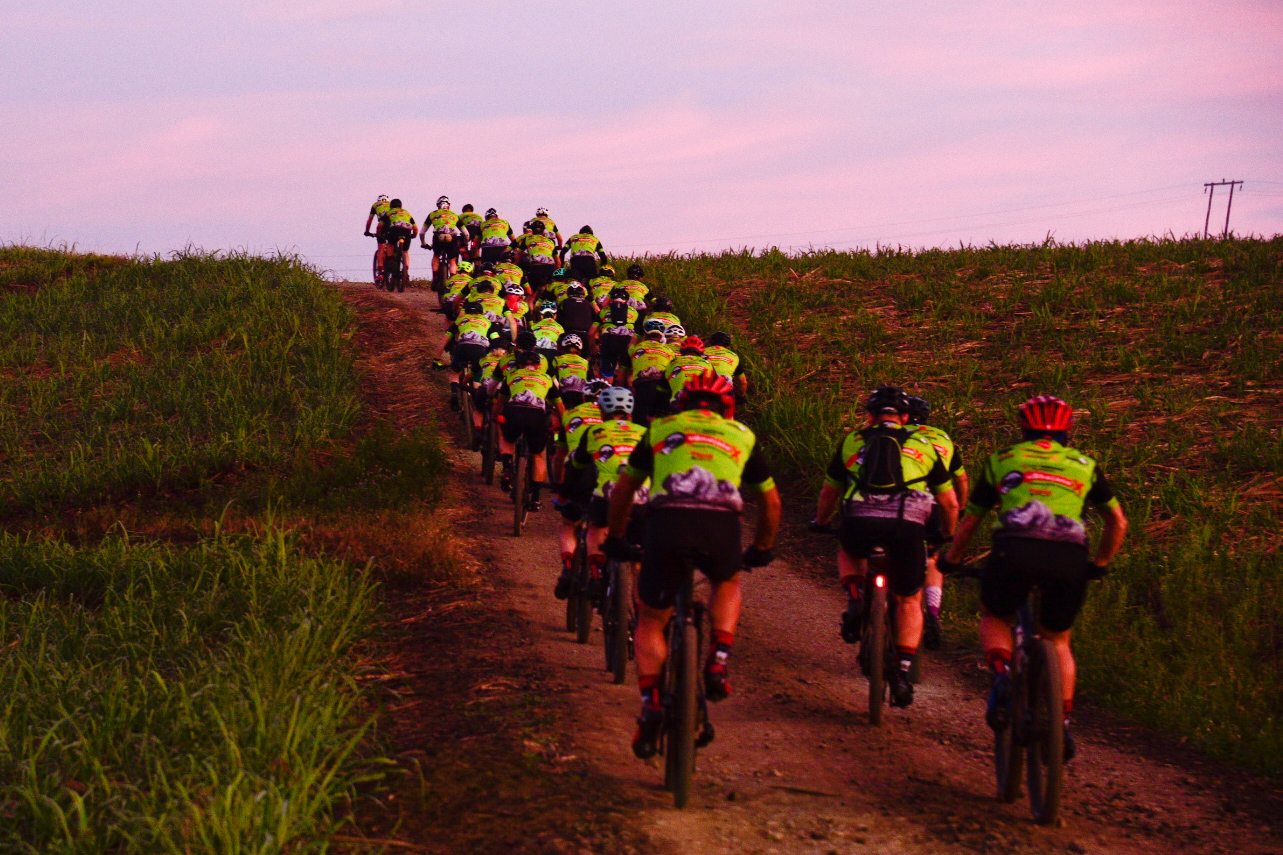 Durban – The seventh edition of the uBhejane Xtreme MTB Challenge set off from Hillcrest in the early hours of Saturday morning as a group of intrepid riders grind their way 350km to the new final destination of Bonamanzi on the KZN North Coast to raise awareness and funds for rhino conservation in the province.

Dubbed the iSimangaliso edition of the famous event, riders took part to raise a set amount of money for Project Rhino and Helping Rhinos to secure their spots in the various rides that take place on the day but the 350km ride is often seen as the cornerstone of the event.

Riders use many of the farm roads that wind their way through the sugar cane fields on the North Coast on their way to their final stop at Bonamanzi. This year riders will have the added pleasure of riding through the iSimangaliso Wetland Park – one of South Africa’s most famous World Heritage Sites.

The change to the final destination takes out the tough 30 kilometre climb up to Hilltop Camp in the Hluhluwe/uMfolisi game reserve and while the ride through iSimangaliso is flatter, it will add around thirty kilometres to the days in the saddle for all the riders.

The other rides that take place during Saturday’s uBhejane Xtreme include the 270km Short Horn where riders leave from the Umvoti Toll Plaza and ride with the riders who are taking part in the full 350km ride.

Both groups will then pick up the riders that take on the 130km Baby Horn ride that starts in Empangeni. Here the riders who are riding the Three Day Ride will also join up with the group for the final stretch to Bonamanzi.

There is also a 60km option for those that want to play their part and it incorporates the section through iSimangaliso.

Over the years the event has attracted a number of high-profile environmentalists and activists and this year former Cell C Sharks fullback Joe Pietersen will return for his third crack at the 270km ride.

Pietersen’s life after rugby has been running his non-profit organisation Nkombe Rhino that raises awareness and funds around rhino conservation in the area where the riders will be riding.

Despite the challenges of this year, organisers of the event are happy that they are able to put on the uBhejane Xtreme MTB Challenge iSimangaliso Edition and raise whatever money they can to help in the fight against rhino poaching.

Those interested in donating can be submitted and more information can be found via the event’s website, www.ubhejanex.org.