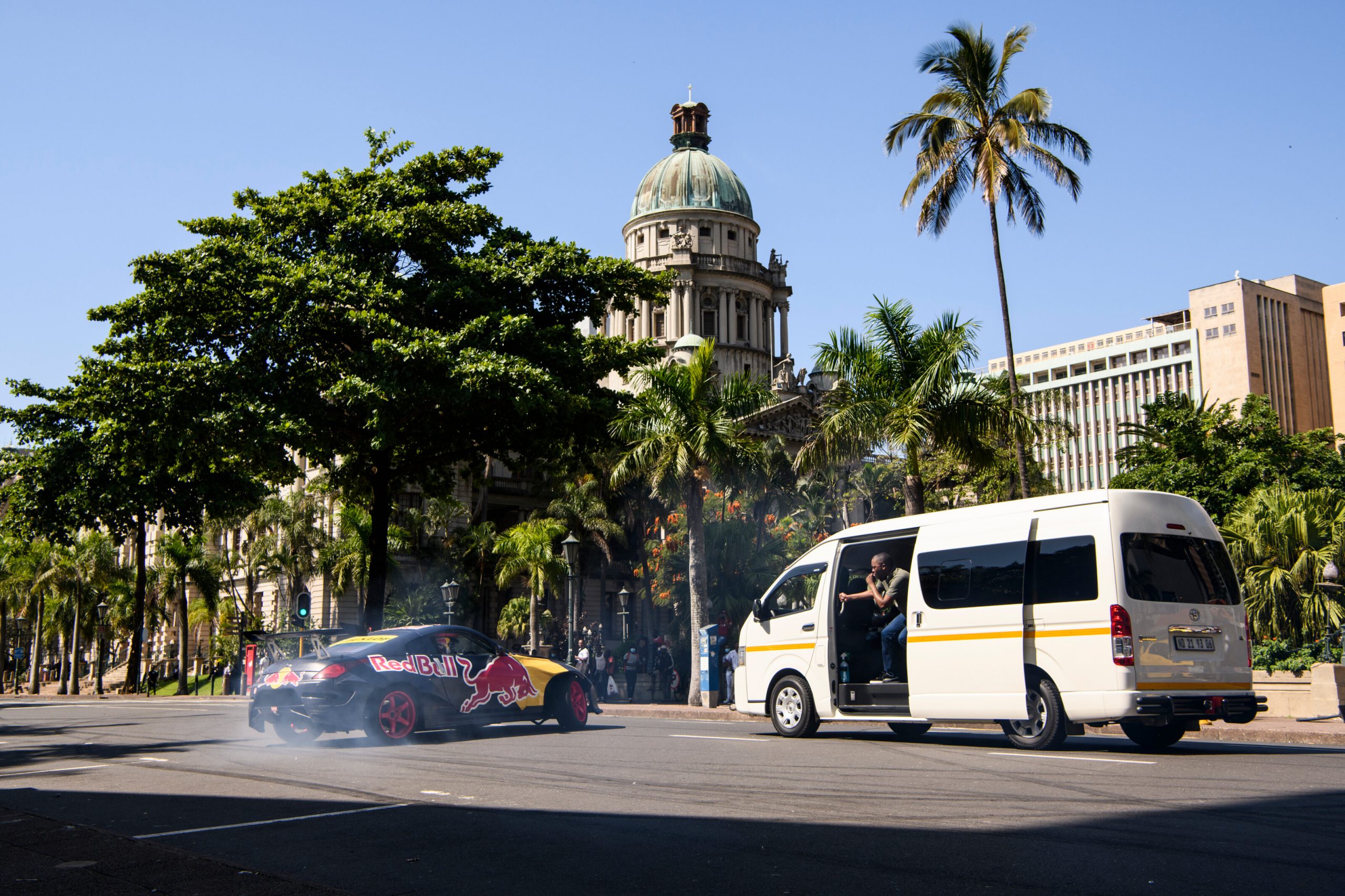 Minitown and Durban city has become the centre of many a petrol-heads fantasy joy ride in a RedBull drift film featuring Abdo Feghali titled “Never Stop Playing”.  Glimpses of Durban residents lucky enough to witness a street racing car doing what most South African motorists only dream of doing. It all went down during the shoot and Feghali himself was the expert behind the wheel.

The film production spanned across multiple locations in Durban with one of the most iconic location chosen being in alongside the majestic City Hall in the CBD. Crowds of passing by pedestrians, which proved to be a challenge for the crew to contain, gathered in awe to witness Abdo swerve and spin in the scorching Kwa Zulu Natal.

Abdo ‘Dado’ Feghali is a Lebanese triple champion rally driver and key player in the Red Bull Car Park Drift scene. Starting his career in 1998, his persona of ‘Dado’ as a legendary drifter has steadily grown in the Middle East and around the world. One of Feghali’s standout achievements is breaking the Guinness World Record in 2013 for the longest continuous drift in Abu Dhabi, covering an incredible 11,180 metres.

During the time of the shoot, another big event was brewing on the streets of Durban, the Red Bull Car Park Drift. Feghali has long been an active player in the competition, which started in Lebanon in 2008. He noted that this was the first time that a qualifier was held in South Africa and shared his impressions on the local drivers. “I was so happy to introduce the competition to the country and meet all the drifters from SA, the talent was better than I had imagined. From the qualifying rounds, I could tell we would have a great event on our hands”.

Find out more about the RedBull Shay’ iMoto Championship and watch the 2020 event here.

Feghali was one of a panel of five judges on the day, commented that he “is looking forward to having the event in SA again next year”.

Speaking on the challenges of Covid-19 and plans moving forward, he explains that “It affected everything all over the world, but luckily we still managed to have four events last year. We’ve already had 3 this year and there are more to come in different parts of the world, ending the year in Ireland. Soon, Feghali is set to appear at the Car Park Drift world final, taking place on the 29th of October in Egypt. Freshly qualified McFarlane will also be there, representing South Africa.

Catch the action on Durban’s streets and the RedBull Drift Series qualifier at Suncoast on DUrbanTV.