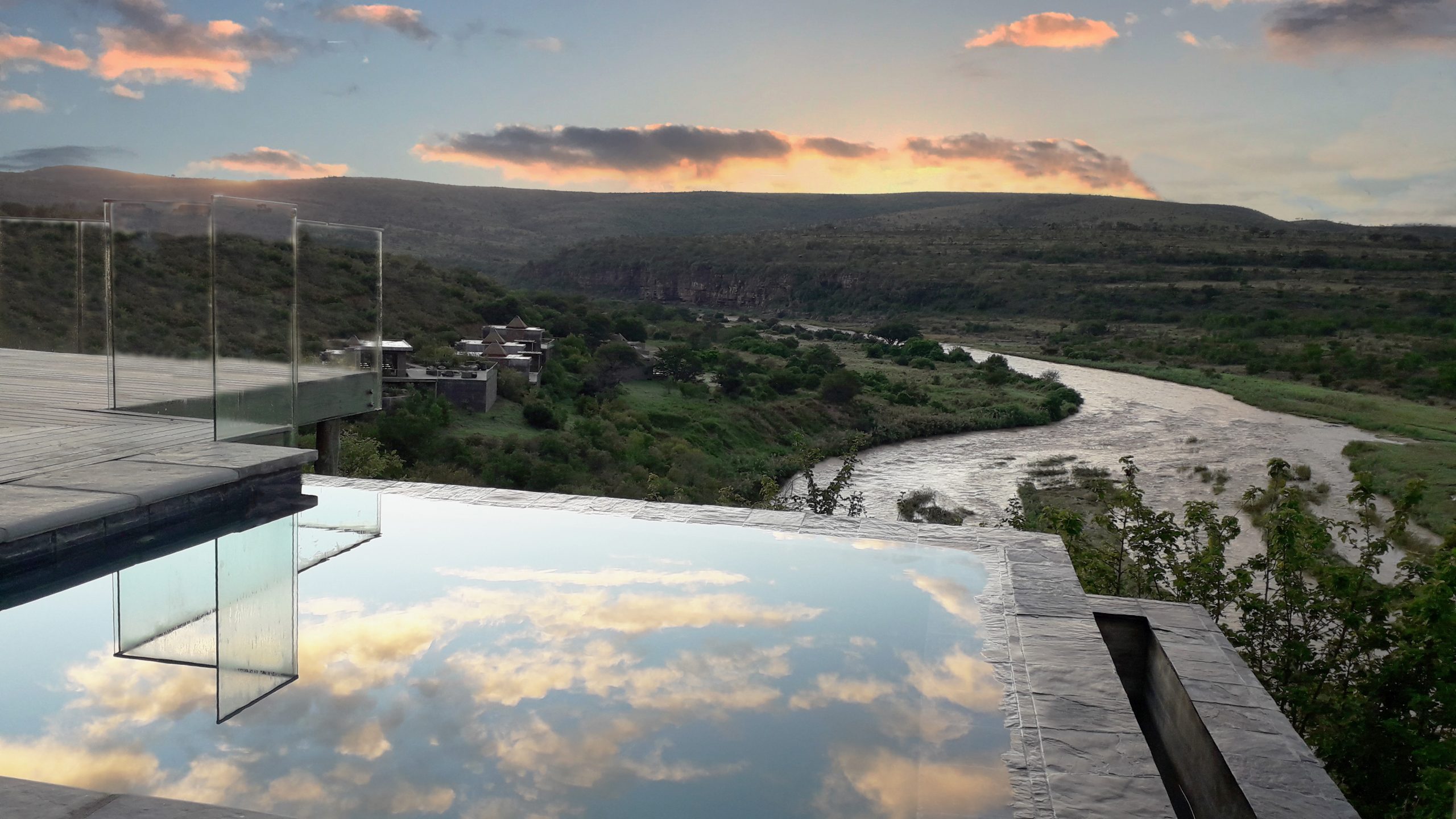 An ancient land steeped in the history of the ‘people of heaven’- the mighty Zulu nation – where heaven itself really does seems to reach down and caress the land. An untouched wilderness through which runs the mfulaWozi – the sacred river of knowledge. This has become the perfect setting for a new reserve in northern Zululand aptly named MfulaWozi Wilderness.

The uMfolozi wilderness area, a place deliberately set aside far from the tourist roads that criss-cross Ezemvelo KZN Wildlife’s Hluhluwe-mFolozi park; the oldest proclaimed reserve in Africa,  is a veritable ‘sanctuary within a sanctuary’ for the wildife that still roams here undisturbed by man.

Within the mfolozi wilderness area itself nestled between the confluence of the Black and White mFolozi rivers is where the last 50 rhino on earth where re-discovered, and the first capture and relocation techniques where developed in the early 1960’s by the pioneering conservationist Dr Ian Player and his dedicated team, so this land can certainly lay claim to have within it not only an abundance of wildlife, but an abundance of knowledge, culture and history.

Bordering on the south and south west edge of the mFolozi wilderness area – close to the Zulu capital of Ulundi and mFolozi’s Cengeni gate –  the incorporating of the community lands of the Zulu, Biyela and Mthembu tribes has added to the protection of the wilderness area through the creation of this new mFulaWozi reserve, providing an area of 6000 hectares of pristine wilderness, along with two beautiful new lodges where visitors can immerse themselves in 5-star luxury and explore the new reserve area.

The development of the mFulaWozi Wilderness Reserve has brought employment, tourism, hope and pride to the local community, through the dedication to the project of the local chiefs and the on-going partnership and continued personal involvement of the developers, Barry & Sonya Theunissen.

As the son of farmers from this area himself, Barry grew up here and has an unsurpassed knowledge and respect for the Zulu people. This along with his work as an architect and local community housing developer has led to a long-standing and trustworthy relationship with the leaders of the surrounding communities. It was this relationship with the local community and his love for the area, it’s culture and history which has led to the opening of not one, but two new lodges within the community-owned reserve.

Whilst both Barry and his wife Sonya literally cut swathes through the bush to re-discover the secrets of the land itself it was Barry who was responsible for the final position and design of the lodges, along with fellow architect, Peter Whitehouse.

Interior designer Michele Throssel collaborated with Sonya on the finer aspects of the interior design to create the right feel for each of the lodges, which have their own character and intrinsic appeal. As it turns out, Michelle also has a close connection to this project, being the niece of Dr Ian Player.

Biyela and Mthembu lodges take their name from the Zulu chiefs who have partnered with the Theunissen’s to increase tourism to the area through the development of the reserve and lodges within it. The lodges themselves were built under Barry’s expert guidance by local people from the surrounding community, providing essential skills training and employment during the building phase.

This community involvement ethos is primary to the success of the venture for all concerned and has continued as the lodges have employed people from the community to staff the reserve and venues, with extensive on-going training and continous personal career-guidance for each employee.

Each 5-star lodge has its own unique character, and despite initially opening in 2019 and the uncertainty of two years of covid, the forced closure almost became a blessing as it gave everyone the opportunity to fine-tune the venue, up-skill the staff and allow the animals to traverse from the wilderness to settle into this new tract of land and make it a part of their territory.

The mFulaWozi Wilderness reserve heralds the opportunity for visitors to experience this hitherto unexplored area, to immerse themselves in its history, in its community and in its tranquillity.

The mFulaWozi Wilderness Reserve and the Biyela and Mthembu lodges are so much more than just a getaway. They are a sanctuary of the soul, a place to rekindle life’s lost connections to humanity; to reconnect with nature, to re-discover history and to realise the cultural significance of this sacred and untouched part of Zululand.

This is a truly authentic, heart-warming Zulu and African experience above all others. The mFulaWozi experience not only takes visitors to a place of heaven, but places each one in the welcoming arms of the ‘people of heaven’.

People often say once you have been touched by Africa, it’s to Africa that you will always want to return. Feel at home in a special part of Africa – a place of heaven created by the people of heaven – mFulawozi Wilderness.