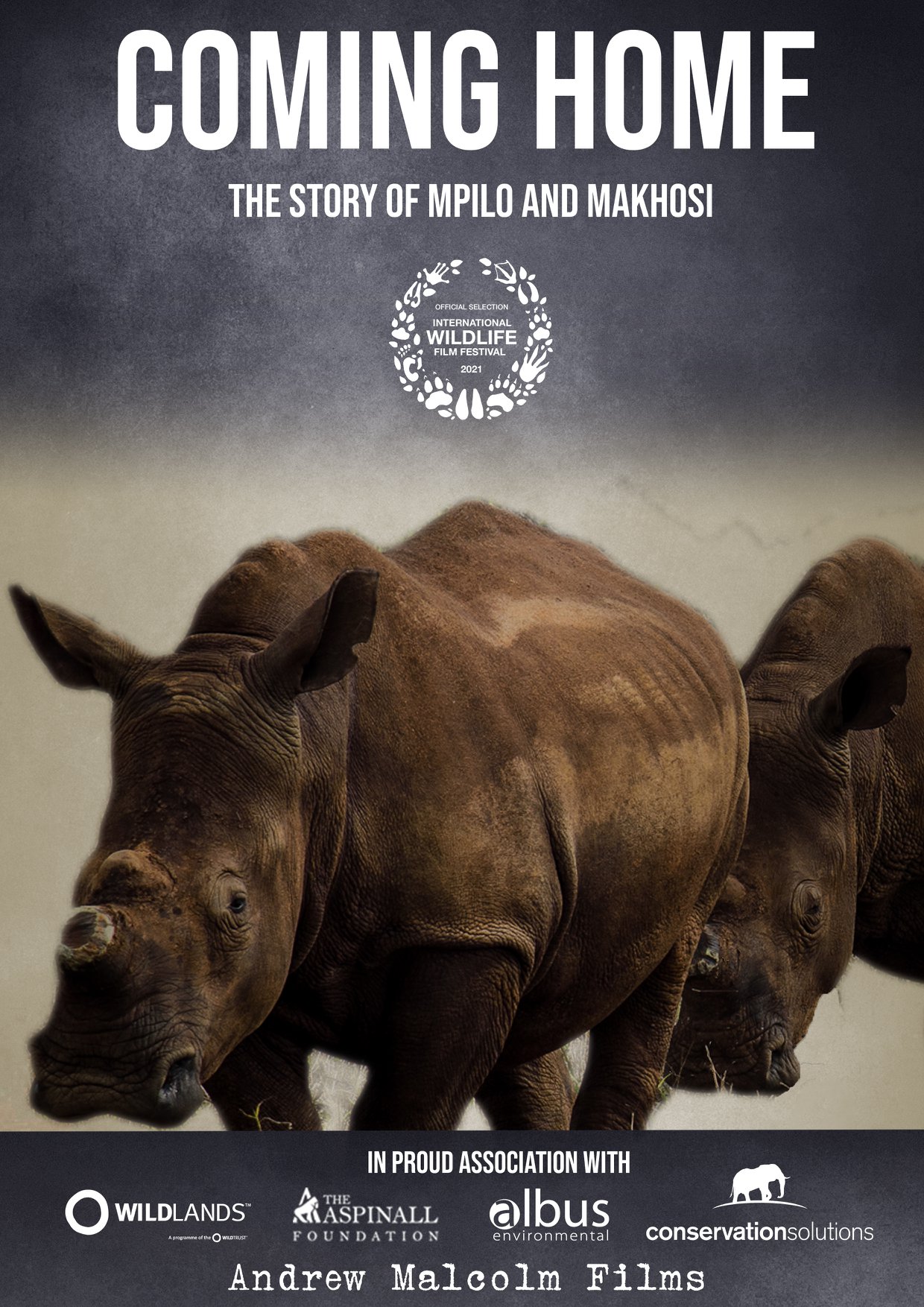 Over the last decade, the world has been devastated by rhino poaching and South Africa, which has nearly 80% of the world’s rhinos, has been the hardest hit by international poaching syndicates.
Although there has been a decrease in poaching numbers over the last 4 years, more rhinos are killed in South Africa than are born and many of these poaching incidents leave behind young, defenceless orphaned calves.
WILDLANDS, a programme of the WILDTRUST is excited to announce that COMING HOME : THE STORY OF MPILO AND MAKHOSI has been selected for the 2021 International Wildlife Film Festival (IWFF) and will be screened via their virtual channels from the 17th to 23rd April 2021. 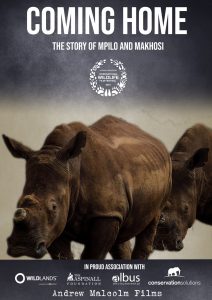 COMING HOME will be available to stream from the 17th of April for $10 here https://bit.ly/32ghONT
We encourage all South Africans to watch with the whole family and join in on the festival which challenges conventional expectations about how we conserve wildlife and their habitats.

“The success of Coming Home, and its umbrella project Saving Giants, is a testament to the dedicated efforts and remarkable abilities of the conservation community in South Africa. It has been our privilege to tell the story of Mpilo and Makhosi’s successful translocation. However, the true power of this story is in revealing the authentic struggles and monumental achievements of the people who dedicate their lives to the welfare of Africa’s most vulnerable inhabitants, its animals. Saving Giants strive to make these stories more visible to global audiences, with the hope that public engagement will mean more lives are saved.”

Coming Home tells the remarkable story of Makhosi and Mpilo’s rehabilitation, translocation and successful rewilding at Somkhanda Community Game Reserve in KwaZulu-Natal, South Africa. For Makhosi, this move signified a fresh start and for Mpilo, it was a return to his birthplace.

The film features expert conservation practitioners like Dereck Milburn (The Aspinall Foundation), Kester Vickery (Conservation Solutions), Dr Dave Cooper (Ezemvelo KZN Wildlife), Dr Roelie Kloppers (WILDLANDS) as they coordinate with dozens of passionate conservationists, game rangers, and specialists to securely immobilize, transport, and release the animals to their destination. This film aims to show the challenges and the success stories of like-minded organisations who are on the frontlines, fighting to conserve and protect Africa’s natural heritage and endangered wildlife species.
“We are proud to have played a small part in making this a reality, working with some of the most generous and dedicated people in conservation. This film inspires hope and is worth watching at the International Wildlife Film Festival. An operation of this magnitude would not be possible without the support from like-minded conservation organisations who are committed to protecting and helping wildlife thrive,” comments WILDTRUST CEO, Dr Roelie Kloppers.
“Seeing this film come to life has truly highlighted our mission as the Aspinall Foundation, which is to halt the extinction of rare and endangered species and return them to the wild where possible. We are happy to have played a part of the realisation of this film as well as support WILDLANDS and Somkhanda Community Game Reserve make this a reality,” concludes Dereck Milburn, Aspinall Foundation Regional Director.