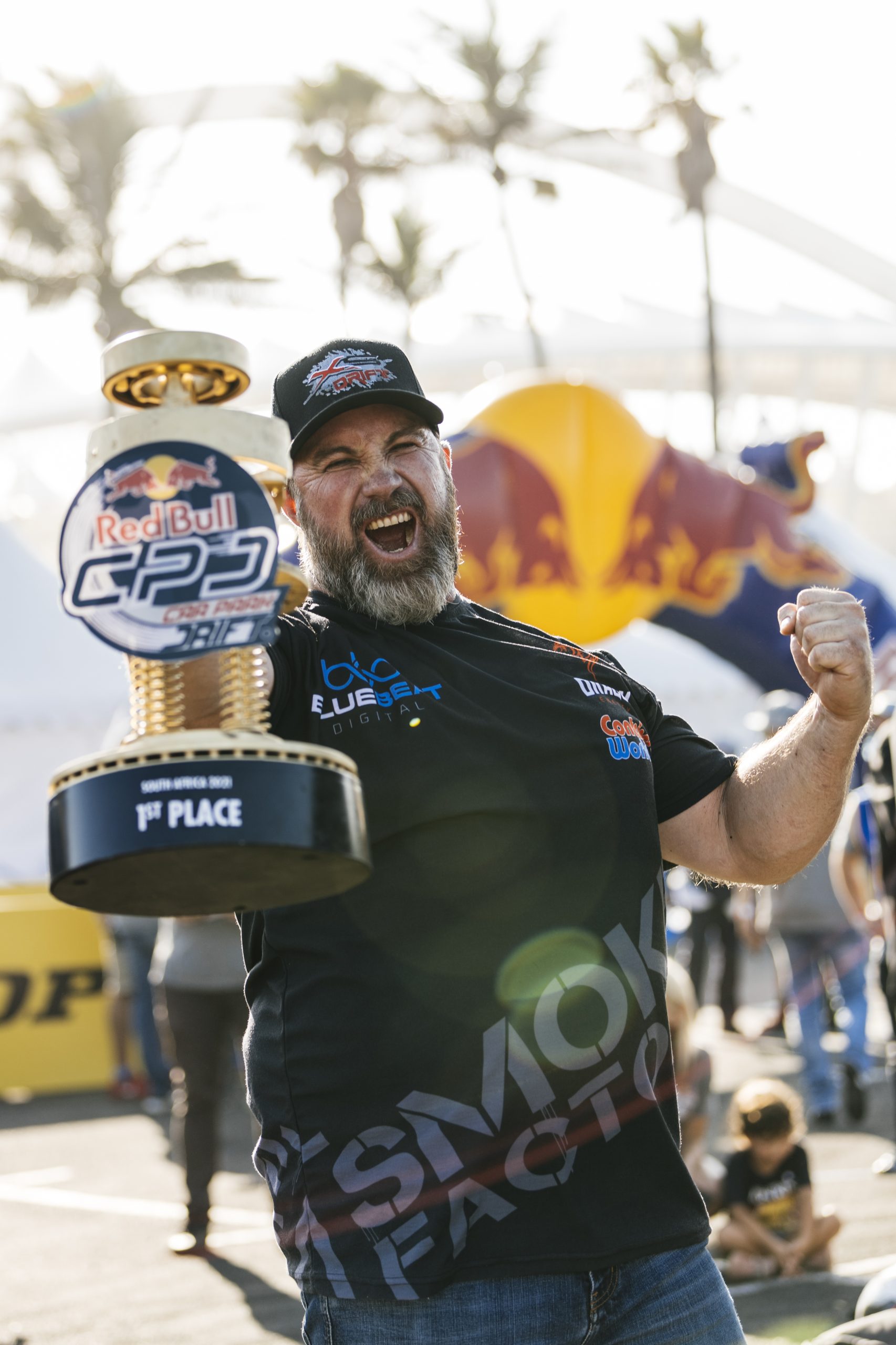 Amid sunny Durban skies, the country’s top drifting talent faced off at the Red Bull Car Park Drift South Africa Qualifier on Saturday. Jim McFarlane proved his mettle and strategy to emerge victorious after a tyre screeching final round. Catch the highlights NOW on www.durbantv.net

After his win an ecstatic McFarlane commented, “I’m a little lost for words, especially since we haven’t been able to compete in over a year. This weekend has been so great, and the event is really about growing the sport. I think every driver has been able to take something away from this weekend. I didn’t anticipate anything coming into today – I really wanted to enjoy the drive so to be on the top of the podium is unbelievable.”

The Red Bull Car Park Drift course tested the drifters both mentally and physically – making sure they had their engines revving and tyres smoking as they tackled five challenging obstacles. Drivers had to impress the panel of five judges, including Lebanese rally driver and triple national champion, Abdo Feghali.

“The talent in South Africa was better than I imagined – especially since it’s the first time this event has taken place here. From the qualifying rounds yesterday, I could tell we would have a great event on our hands. The Red Bull Car Park Drift course is unique in that drivers need to use both body and mind as the obstacles to change your pace throughout each run,” said Feghali.

“The competition today was really decided by who managed to have the cleanest run, and the slightest mistakes by the other competitors ensured that Jim was the winner in the end. He’s going to have to raise his game and play it less safe when competing against the world’s best,” concluded Feg

McFarlane now makes his way to the world final to represent Mzansi, which will be held in Cairo, Egypt later this year.