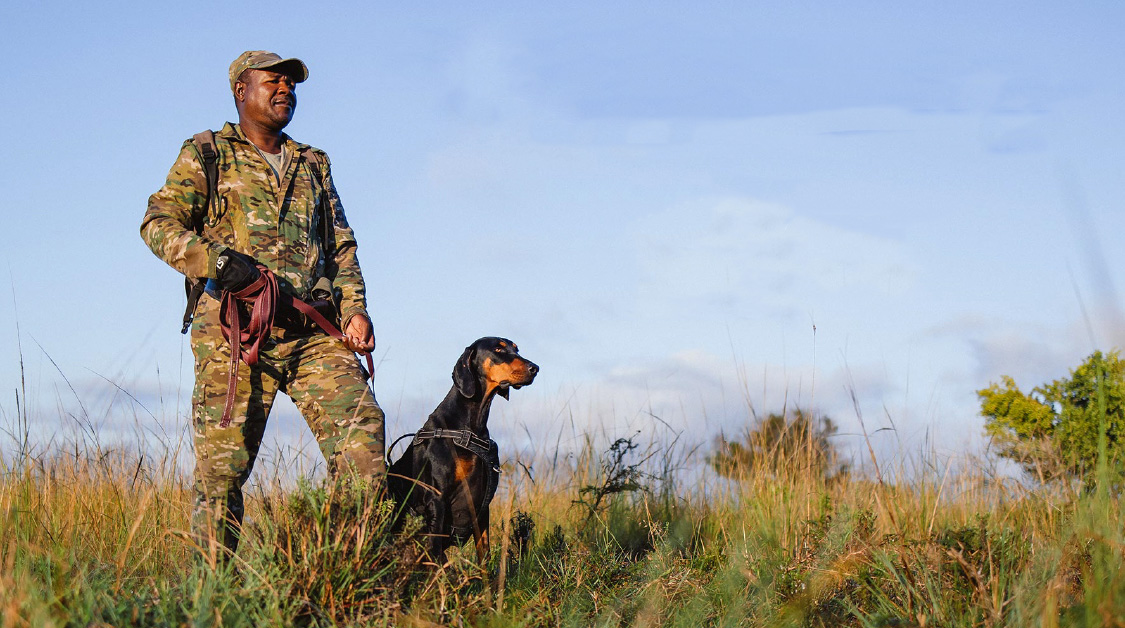 Hluhluwe-Imfolozi Park, established in 1895, is the oldest proclaimed game reserve in Africa. Initially created to protect the dwindling number of animals from the ravages of colonial hunters, this reserve was again called upon to preserve African wildlife,  gaining worldwide recognition for it’s efforts to protect the last known wild population of Southern White Rhino from the brink of extinction in the 1960’s – a goal it achieved with distinction. In doing so, Dr Ian Player and his team spearheaded  modern conservation and wildlife relocation methods.

However the African rhino population is once again under intense pressure due to poaching and the illegal trade in Rhino horn.

Game rangers work tirelessly day and night to protect these magnificent creatures against this scourge using both modern and traditional tracking methods to catch poachers. Tracking with dogs is one of the most effective of these methods, making a huge difference to literally stop poachers in their tracks.

The Isibindi Foundation alongside Rhino Ridge Safari Lodge is launching a campaign to assist in the preservation of rhino within Hluhluwe iMfolozi Park (HIP) by supporting the Ezemvelo KZN Wildlife HIP K9 Unit.