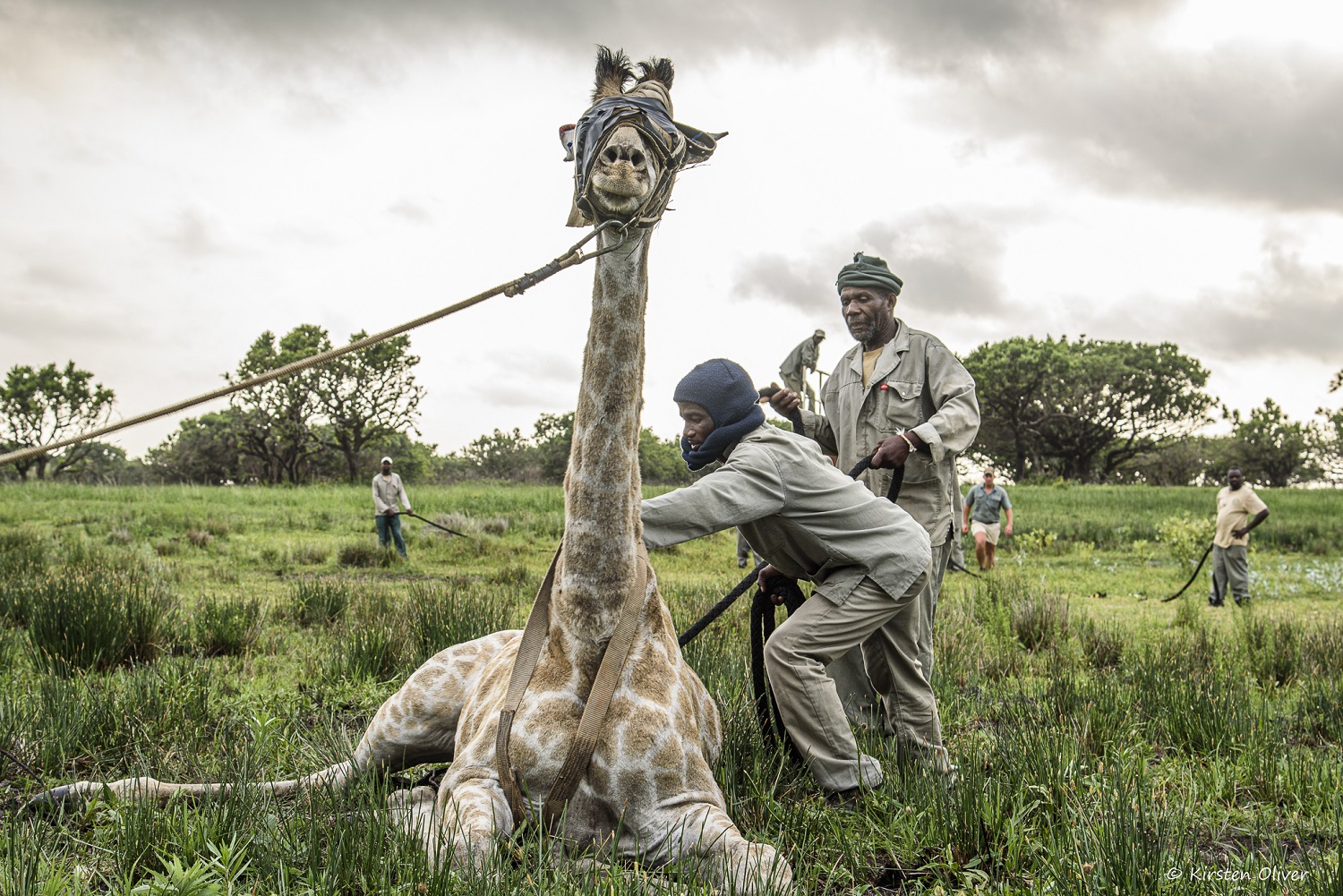 During the recent translocation, eight female giraffe (and two males) were added to the male dominated giraffe population at Somkhanda Community Game Reserve to bolster the population and add new genes.

Somkhanda’s Reserve Manager, Meiring Prinsloo said, “The current sex ratio of the Somkhanda giraffe population is skewed towards males. This generous donation of additional females will help rectify the sex ratio in our population and enhance our active contribution towards giraffe conservation.”

Latest estimates show that there are only about 111,000 giraffe remaining in all of Africa. Their numbers have dropped by almost 30% over the last three decades in what GCF calls a ‘silent extinction’. The greatest threats to giraffe in the wild are habitat loss and fragmentation caused by a growing human population as well as diseases and illegal hunting/poaching in some parts of Africa. Giraffe are listed as ‘Vulnerable’ on the IUCN Red List of Threatened Species.

To put these numbers into perspective, there is one giraffe for every four African Elephant in the wild. Africa’s elephant population is estimated at approx. 415,000 animals. These figures speak volumes for the amount of work that is still required to save these animals from extinction. We believe in working collaboratively with individuals and organisations who value both people and planet and share our vision of making meaningful change to our environment.

“This operation forms part of our wider mission to restore biodiversity and re-wild areas that have been transformed. We have been particularly successful in linking community reserves and international donors to move large numbers of game into areas where they can thrive. These re-wilding efforts don’t only improve biodiversity, but also support rural development through tourism as the new wild-areas become safari destinations,” Said Dr Roelie Kloppers, CEO of the WILDTRUST.

The Giraffe Conservation Foundation (GCF) is the only NGO in the world that concentrates solely on the conservation and management of giraffe in the wild. GCF works on, manages and supports giraffe conservation initiatives that concern all four species of giraffe in 16 African countries. In the last few years, GCF has supported giraffe translocations in six countries and successfully translocated over 100 giraffe which has effectively increased giraffe habitat in Africa by over 21,000 km².

Director of the Giraffe Conservation Foundation, Stephanie Fennessy, added that “While giraffe are in real trouble in most parts of Africa, their numbers are increasing in Southern Africa. We now estimate that over half of Africa’s giraffe population lives in Southern Africa. This is due to good game management and successful conservation efforts and initiatives like this one.”

Giraffe may not be part of the Big 5, but they are one of the most iconic African animals and urgently need our help now. Translocations are an effective conservation strategy to establish new populations or strengthen existing ones and are an important conservation tool to safeguard the future of giraffe.