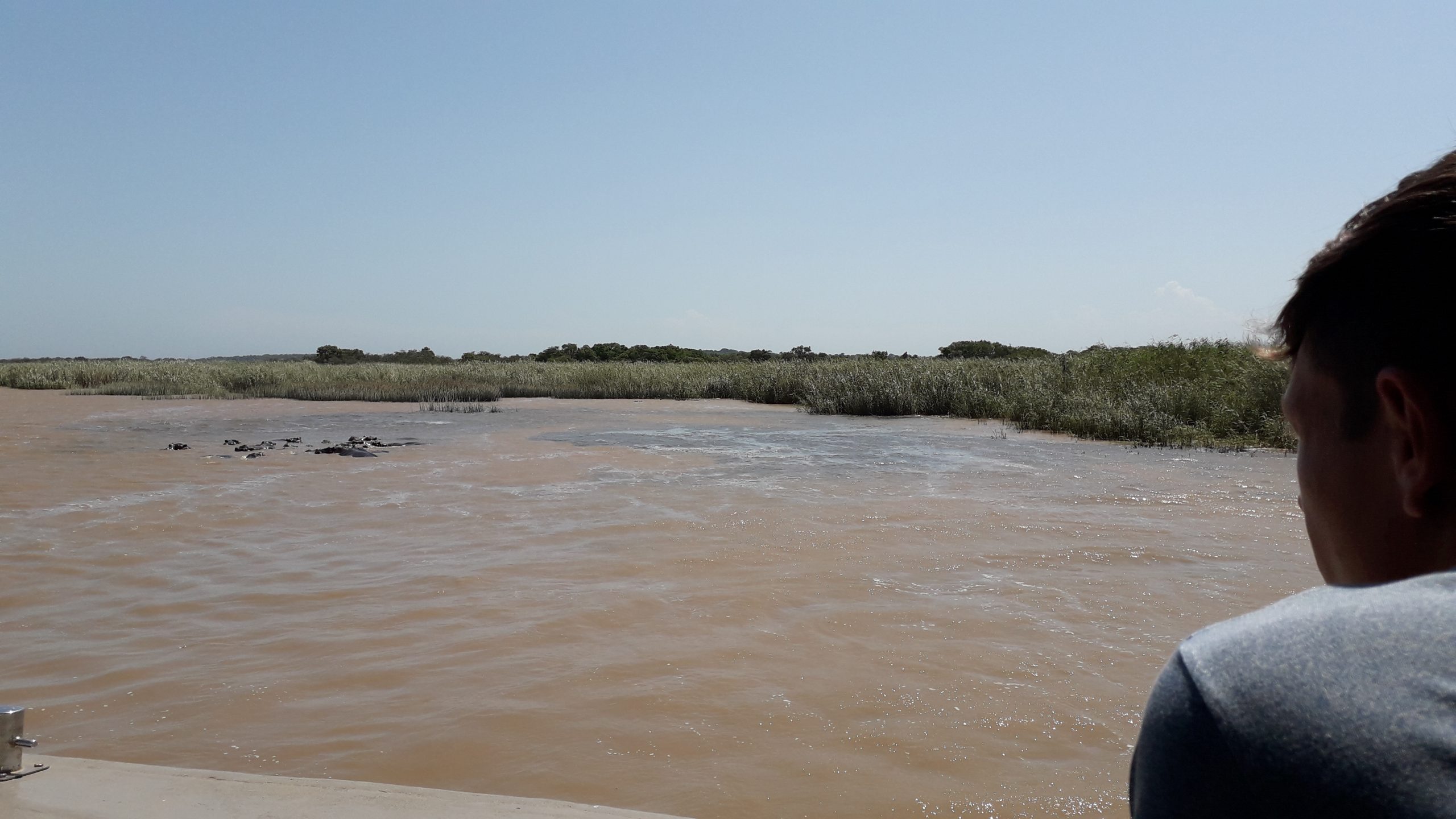 0
Read Time:3 Minute, 30 Second
Whilst the majority of South Africans were kept off our beaches this summer one group of determined citizens were given special permission to play in the sand. It wasn’t quite sandcastles they were digging, but rather a channel over 1.5 metres deep that would finally allow the waters of Lake St Lucia and the ocean to meet.
After years of debate between locals and the authorities St Lucia’s estuary mouth was opened for the first time in years to enable the natural functioning of the estuarine system that is vital to the area’s biodiversity.
On Monday 4th of January 2021 the recommendations of the St Lucia Estuarine Functional Zone Task Team were heeded and earth-moving equipment was moved on site to begin removing the man-made berm to help reinstate functionality of the estuary, and reestablish links with the ocean.
The historic moment finally arrived on Wednesday 6th January as the task team eagerly watched the estuarine and sea waters finally merge. 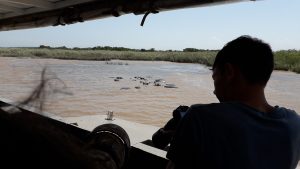 Lake St Lucia is one of the largest estuarine systems in Southern Africa. It falls within the iSimangaliso Wetland Park, which is South Africa’s first World Heritage site (recognised by UNESCO in 1999).
Due to the un-natural blockage to the sea created by the man-made berm created over 10 years ago, the natural functioning of the estuarine system was disrupted. Sediment from the uMfolozi river built up in the estuary, reeds infiltrated the banks and the indigenous mangrove swamp was lost as the salinity level of the estuary dropped. All these factors seriously affected the natural function of the estuary and threatened it’s future.
The breaching of the river mouth into the sea will have a multitude of benefits to restore function to the system including the reconnection between the marine system and the lake, the reduction of sediment deposited in the bay by river action, the need for restoration of a healthy estuarine system, the need to resolve the issue of back-flooding of agricultural fields which has occurred due to the closure of the estuary to the sea, the restoration of economic and tourism opportunites.
The consultative process led by the new management of the iSimangaliso Authority has been ongoing and included the involvement of various stakeholders which culminated in a symposium in October 2020.
At this symposium, a presentation was made of actions that have been taken over the past few years, linked to the Global Environment Fund (GEF) project.
It was noted that while the restoration of the St Lucia Estuary/uMfolozi catchment connectivity has the potential for positive long-term benefits, short-term challenges for stakeholders will remain for some time, and ongoing interventions and monitoring will be needed to ensure a positive future for the lake and all those connected to it’s viability.
A key resolution of the symposium was to establish an inclusive multi-disciplinary task team to take forward the resolutions suggested by the attendees of the symposium. The task team deal with the challenges currently being experienced by these multiple stakeholders.
The team set out short term, mid-term and long-term solutions to be considered to restore the optimal ecological functioning of the system. Key short-term interventions becoming the focus for investigation and report-backs specifically areas of scientific, legal, finances and logistics, and communications.
It was also agreed that the collection of ongoing survey and monitoring data would be important going forward to ensure a proactive approach to management of the system, and that longer term interventions would be discussed by the task team at future meetings.
A decision was taken in December by the task team to recommend that iSimangaliso Wetland Park Authority take urgent action to reconnect the sea and the St Lucia lake, and Umfolozi and Umsunduzi rivers which flow into the lake to create the whole wetland biosphere.
A detailed and time-bound action plan was created to begin the process, of which the breaching of the estuary mouth to open it up to the sea to allow for natural tidal and estuarine interaction was the first step.
The iSimangaliso Authority remains committed to consultation and engagement on this complex issue with any stakeholders and parties accordingly.
Facebook
Twitter
Pinterest
LinkedIn