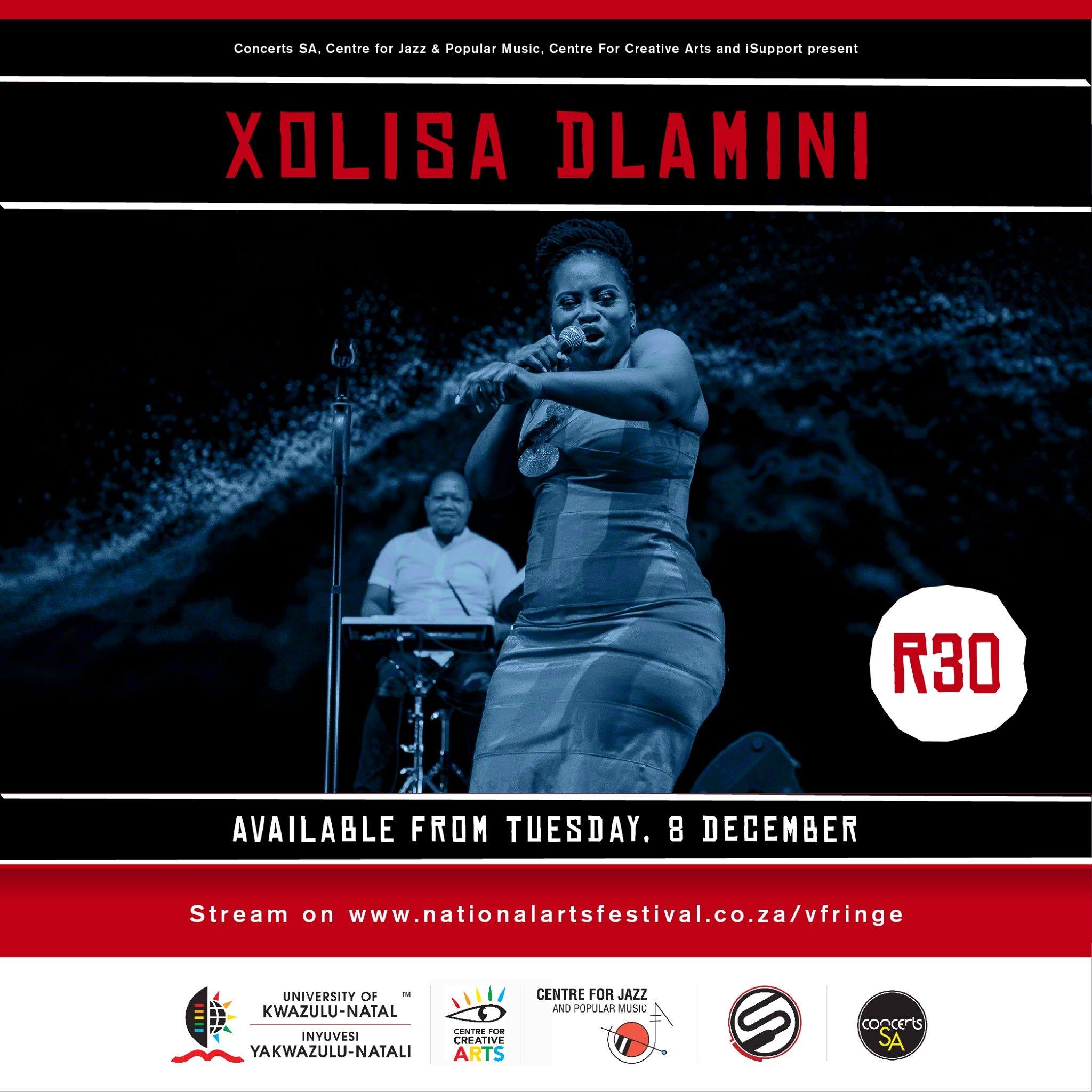 In collaboration with iSupport Creative Business, the University of KwaZulu Natal’s Centre for Creative Arts and Centre for Jazz and Popular Music presents a monthly series of performances supported by Concerts SA. The latest virtual concert features vocalist Xolisa Dlamini and her band. Tickets are available from Tuesday 8 December on https://nationalartsfestival.co.za/show/xolisa-dlamini-in-concert/  and are R30 each.

This Eastern Cape-born music lecturer and vocal coach, who has contributed to the music education of some of SA’s most prominent artists, has released her latest album titled Fire Born earlier this year. Her music can be described as vocal jazz with hints and elements of afro-soul, gospel, traditional folk and contemporary maskandi music.

Dlamini, who was born in the remote village of Rode in eMaxesibeni, is regarded as a veteran in musical theatre and education in SA. She has shared her knowledge as a music lecturer at the Durban University of Technology. Dlamini describes her music as a traditional African sound that all can relate to. Her passion for music and storytelling began at a young age when she experienced visions and life-changing challenges in her life.

This programme is part of a unique joint curation between the Centre Creative Arts and Centre for Jazz & Popular Music, both existing at the UKZN. All parties involved are invested in showcasing the vast pool of talent that Durban has while using the great spaces available in the city in unconventional ways.

Concerts SA is a joint South African/Norwegian live music development project housed under the auspices of SAMRO and managed by IKS Cultural Consulting. Concerts SA receives financial, administrative and technical support from the Norwegian Ministry of Foreign Affairs, SAMRO and the SAMRO Foundation. Working with musicians, promoters, venue owners and audiences, and providing support to the sector through research and skills development for music professionals, the project aims to build a vibrant and viable live music circuit in southern Africa. It also seeks to develop an interest in and appreciation of live music by showcasing music performances and conducting workshops at schools.